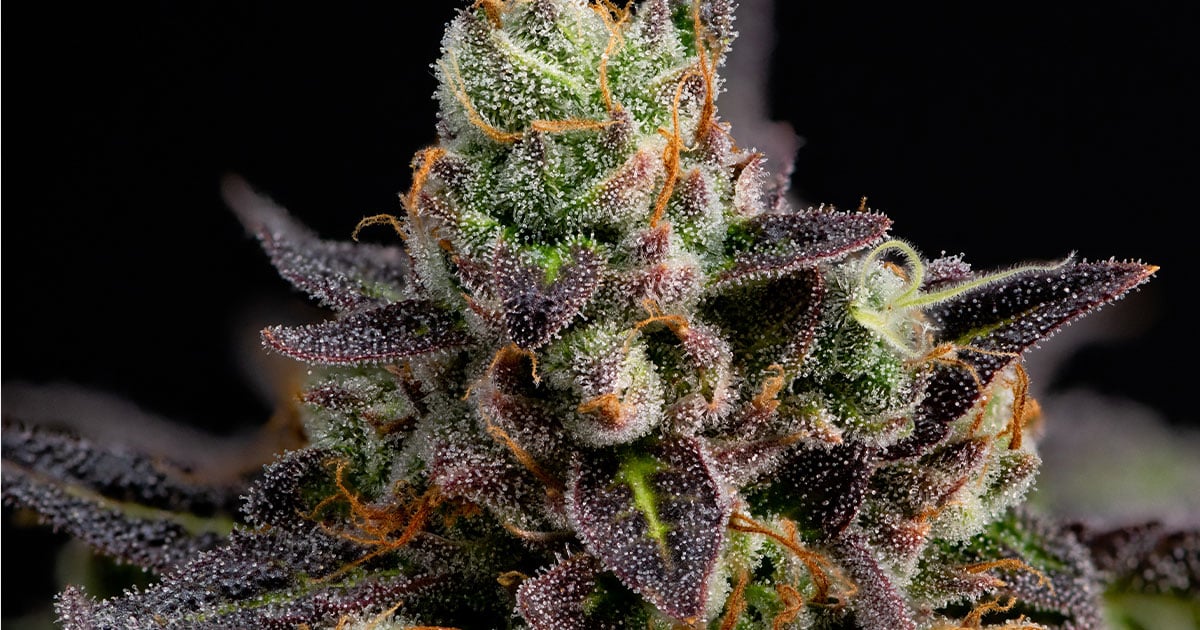 The cannabis industry has shifted from predominantly focusing on high-potency cannabinoid products to appreciating and even seeking out lesser-known cannabis compounds, namely, aromatic terpenes.

In an industry with many affordable alternatives to cannabis-derived terpenes, natural terpenes found in the cannabis plant provide consumers with the best flavor, aroma, and experience compared to terpenes found in another plant or ones that are synthetically made.

Terpenes are naturally-occurring compounds in plants and make up a significant portion of essential oils from plants. In the wild, terpenes protect plants from predators and diseases and attract pollinators with their aroma.

Each terpene has a different aroma and flavor and can influence the plant's color. Manufacturers can add terpenes into various commercial products, including cleaning solutions, dyes, and pesticides. Preliminary research has even shown that terpenes may have therapeutic potential.

What Are Cannabis-Derived Terpenes? 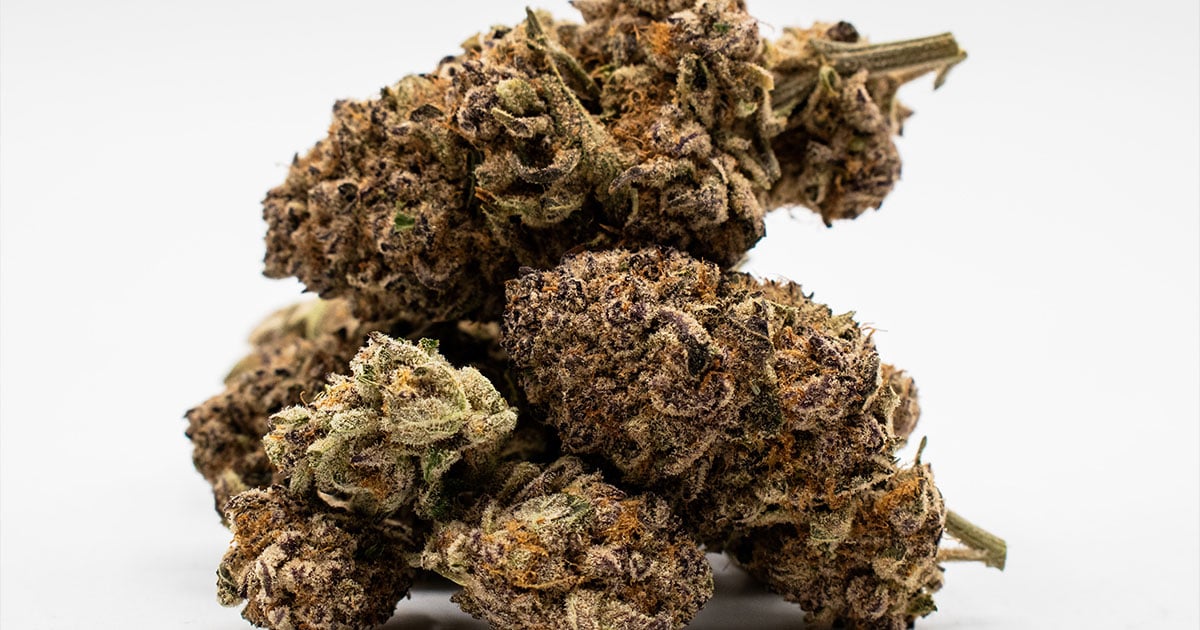 Cannabis-derived terpenes are extracted from the Cannabis sativa L. plant, whether fresh frozen buds or aged trim. Terpenes are in the plant’s trichomes, mainly in cannabis flowers and sparingly in the stems and leaves.

In cannabis plants, the combination of terpenes is what gives each cannabis strain its unique smell or flavor. For example, myrcene is the primary terpene found in OG Kush. Myrcene adds spicy, skunky, and fuel-like notes to this strain’s aroma.

Do Terpenes Get You High?

No, terpenes will not get you high. Although more research is needed into the health benefits of common cannabis-derived terpenes, they are not intoxicating like delta-9 tetrahydrocannabinol (THC) and other psychoactive cannabinoids.

Terpenes can be found throughout the plant kingdom, not just in cannabis. Each plant has a different terpene profile. For example, beta-caryophyllene is a big terpene in hops, rosemary, and cloves. Lavender has a relatively high concentration of linalool.

Because botanical terpenes are legal across the country, some cannabis processors use botanically-derived terpenes and infuse them into cannabis distillate or isolate products that have lost their terpenes during the extraction process.

Botanically-derived terpenes are more widely available and less expensive than cannabis-derived terpenes, even though they are the same compound. However, since they are legal, they are more accessible for people who do not live in a cannabis-friendly state.

Retailers sell botanically-derived terpenes in cannabis products or their concentrated forms. If consumed as a concentrate, they will require dilution not to be as harsh. You can blend terpene concentrates with other essential oils and ingredients to give your creation a more complex aroma.

Unlike cannabis or botanically-derived terpenes, synthetic terpenes do not come directly from the plant. Instead, they are chemically produced in a laboratory to mimic the aroma and effects of natural terpenes.

Fragrance and cosmetic producers commonly use synthetic terpenes, but their effects when inhaled have not been extensively studied.

One Portland State University study discovered that heated synthetic terpenes could produce harmful compounds. However, there was no comparison with cannabis- or botanically-derived terpenes.

Cannabis-derived terpenes have numerous benefits over botanically- or synthetically-derived compounds.

One of the most critical advantages of terpenes derived from the cannabis plant is that they may produce an “entourage effect” that enhances the effects of cannabinoids and reduces their side effects.

Cannabis terpenes come in a wide range of complex and pleasant aromatic combinations, varying by strain and batch. How cannabis is grown and stored affects the concentration of terpenes in the mature plant. Terpenes are more sensitive to heat than cannabinoids.

Although cannabis-derived terpenes have many benefits, there are some disadvantages. Many of these drawbacks are of terpenes, in general.

One of the most common drawbacks of cannabis, botanical, or synthetic terpenes is insufficient research backing up the potential therapeutic effects. Although scientific studies on terpenes have been promising, anecdotal evidence is the primary source of their potential health effects.

Cannabis terpenes or any other terpenes are commonly inhaled through smoking, vaporization, or dabbing, which can be difficult to dose and may not be beneficial for all users, especially ones with respiratory issues. Some terpenes may also irritate the skin when applied topically.

One of the main disadvantages of cannabis-derived terpenes is their federally illegal status. Due to the lower availability and unique processing method required, cannabis terpenes are typically more expensive than botanical terpenes. 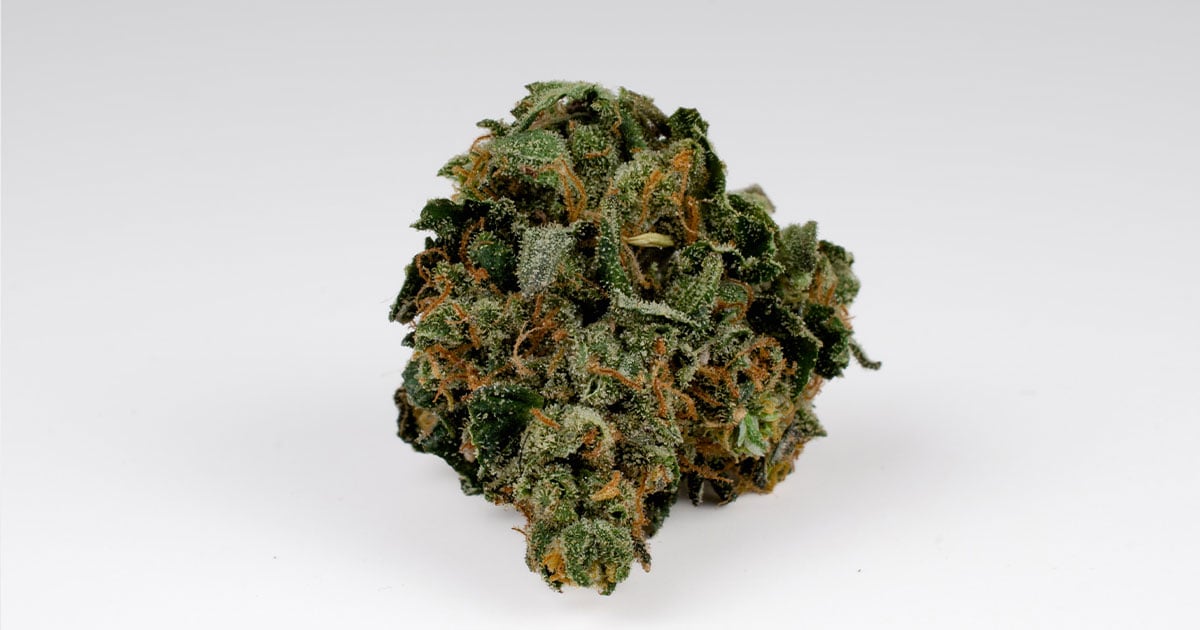 Cannabis contains over 150 different terpenes, each with a different aroma and effects. However, terpene levels are between 1-5% in cannabis strains or the highest in high-terpene full-spectrum extracts.

Here, we cover the most common cannabis-derived terpenes.

Myrcene is one of the most prevalent terpenes found in the cannabis plant and also in hops. It has a spicy, musky, and earthy aroma. In preliminary studies, myrcene has shown to have many beneficial properties, including being antioxidant, anti-anxiety, anti-aging, anti-inflammatory, and anti-pain. In cannabis strains, high concentrations of myrcene have been linked with sedative properties.

Beta-caryophyllene is commonly found in cannabis, black pepper, cotton, and cloves. It has a distinct peppery, woody, and spicy aroma. This terpene may have potentially beneficial effects with other cannabis compounds in relieving anxiety, pain, depression, inflammation, and even alcohol consumption.

Alpha-pinene, one of cannabis’ most common terpenes, can be found in rosemary and pine needles and smells like pine. It has been known to produce energetic effects, which can help offset any sedative effects of cannabinoids. It has also been linked with bronchodilating, anti-anxiety, pain relieving, and anti-inflammatory effects.

Limonene can be found in juniper, peppermint, rosemary, and citrus rinds. This terpene has been around for thousands of years and can be found in numerous household products. It has a strong note of citrus. Limonene has been shown to relieve inflammation and improve mood. It may also have antioxidant, heart-healthy, and anticancer properties.

Humulene, also known as alpha-humulene, can be found in ginseng, cloves, black pepper, and sage. It has a woody, hoppy, and earthy aroma. Humulene has been shown to be an appetite suppressant. It has also been shown to have antibacterial, analgesic, anti-inflammatory, and anti-cancer properties.

Linalool, found in lavender, rosewood, and laurel, has a sweet, citrusy, and floral aroma. It can be found in many fragrances and food products. Linalool has been linked with reduced nausea, vomiting, anxiety, and inflammation and may even have neuroprotective effects against Alzheimer’s disease.

Borneol’s herbal, woody, and menthol aroma is commonly used in perfumes. In nature, it can be found in ginger, camphor, rosemary, and thyme. Borneol has been used in ancient Chinese medicine to treat respiratory conditions. Some studies have shown this terpene can reduce inflammation in the lungs, decrease the spread of cancer cells, and relieve pain and stress.

Eucalyptol is commonly found in the eucalyptus tree, sage, bay leaves, tea tree, and rosemary and is an ingredient in cough suppressants and mouthwash. It has a spicy, minty, and cooling flavor. Eucalyptol has been shown to be beneficial for some respiratory conditions and may reduce pain and inflammation when applied topically.

Terpinolene is commonly found in many strains but only in tiny amounts. It is mainly found in parsnip, cumin, sage, and rosemary and has a floral, piney, and citrusy scent. You can find this terpene in commercial cleaning products and soaps. It has been shown to have antifungal, antibacterial, and anticancer properties and reduce pain and inflammation. 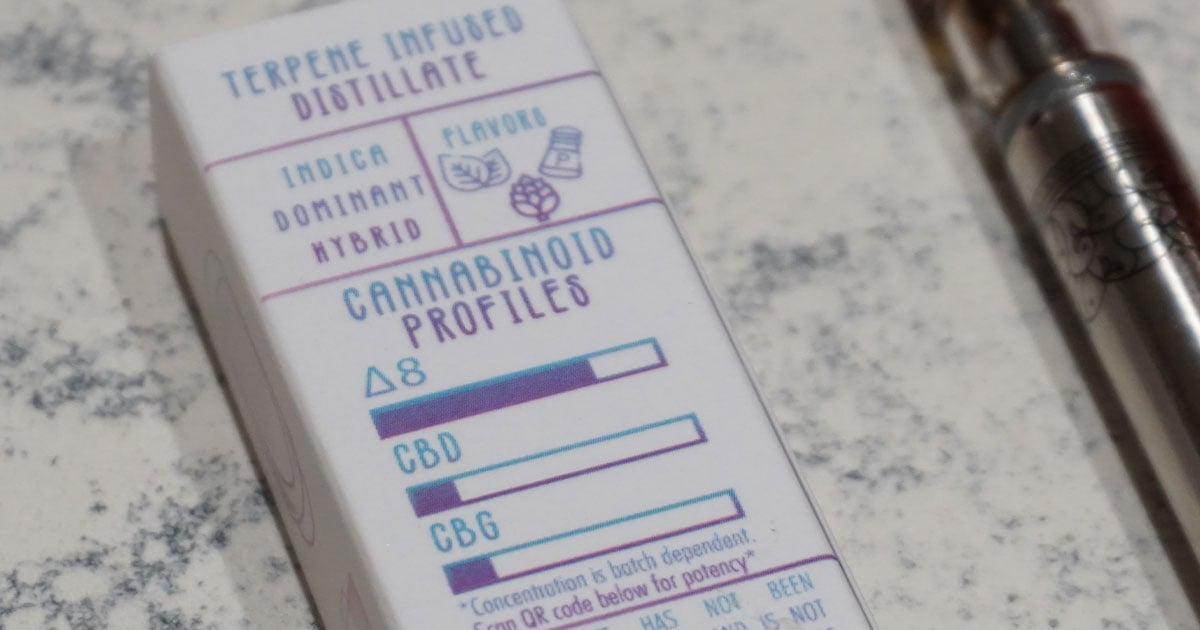 Generally, terpenes not derived from cannabis are legal, and many are “generally recognized as safe” (GRAS) by the Food and Drug Administration (FDA) in food products.

However, when processors extract terpenes from cannabis, these terpenes may be considered illegal since cannabis is a federally illegal, Schedule I substance. There is an exception to the rule with cannabis-derived terpenes from hemp plants with less than 0.3% THC.

How to Use Terpenes

Terpenes are commonly used in aromatherapy to produce distinct therapeutic benefits. For example, you can add a few drops in an electric diffuser with water or a reed diffuser if you don't want to plug in anything to release a terpene-rich aroma.

Cannabis terpene oils can also be used when cooking, adding a bit of flavor and punch to your food and won't get you high. Use specific terpenes or terpene blends that mimic particular cannabis strains.

When vaping, do not vape terpene concentrates alone. You will only require a couple of drops to get plenty of flavor. You may also use terpenes topically when mixed with a carrier oil, such as coconut oil.

Terpene content in your cannabis product can be affected by environmental factors, such as heat and light. Keep terpene products stored in a dark, dry, and cool space.

Generally, terpenes are safe to use and may improve the health benefits of cannabis. However, they can have side effects.

When using pure concentrated forms of terpenes, high concentrations can cause side effects such as relaxing the blood vessel walls, lowering blood pressure, and causing dizziness. They can also cause irritation, inflammation, and discomfort when taken in concentrated forms.

Where to Buy Terpenes 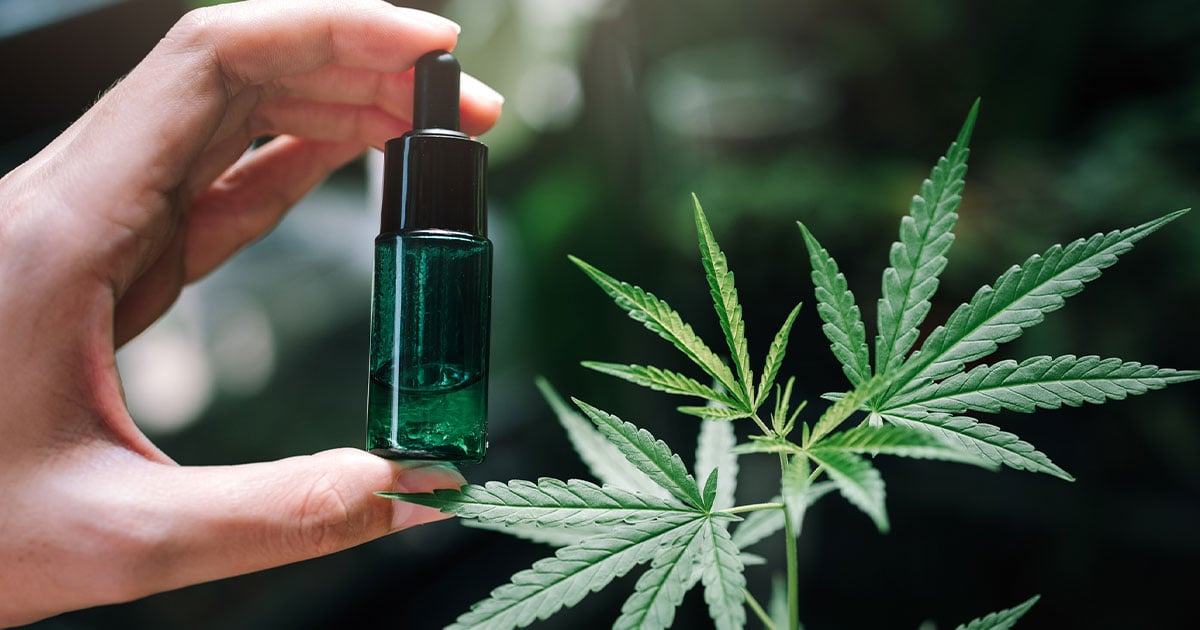 Terpenes are available for purchase worldwide. However, cannabis-derived terpenes in flower and other cannabis products are only legal in states with medical or recreational cannabis laws and available for sale in dispensaries.

Botanical-derived terpenes are legal across the country since they are not derived from cannabis and do not contain any Schedule I components. You can buy botanical terpene concentrates from many online retailers.

Retaining natural terpenes extracted from the primary plant is the gold standard of high-quality cannabis extraction. There will always be a place for odorless and tasteless distillate for edibles and topicals, but higher terpene extracts can provide enhanced consumer benefits.