Terpenes and Terpenoids: A Guide to Cannabis' Secret Ingredients

Terpenes are magical and pungent compounds that can be found across plants, vegetables, and fruit. It’s what makes your Sour Diesel have that gas-like aroma. Terpenes give your Strawberry Cough its sweet and bright aromas. Our article will help you uncover the mystery of terpenes in plants and help you experience their olfactory power to the fullest.

What is a Terpene?

Cannabis terpenes are the plant’s aromatic compounds. Evolutionarily speaking, they evolved in plants to attract pollinators and ward off predators. So far, we’ve only begun to scratch the surface of its medicinal power. While terpenes are found in small amounts in cannabis flower buds, primarily, they are thought to have a critical role in how we experience the effects.

Now’s the time to differentiate between terpenes and terpenoids. Essentially, both of these compounds are the same except for a critical difference. Terpenes are produced throughout the plant, especially in the flower’s trichome resin glands. Terpenoids, also known as isoprenoids, are a form of terpenes that have undergone oxidation, also known as drying and curing.

Do Terpenes Get You High?

Terpenes may play a key role in how we experience the therapeutic effects of cannabis, but they don’t necessarily get you high. For instance, consuming them alone won’t make you feel intoxicated, euphoric, energized, or any of the obvious cerebral effects associated with cannabis’ THC compound.

Terpenes produce a subtler effect than its cannabinoid counterparts in terms of psychoactive effects. These aromatic substances have been a part of aromatherapy and other holistic therapies for many years. They have been used to affect a person’s stress levels and mood. Researchers believe these compounds derived from plants can elevate a person’s experience in a phenomenon known as the entourage effect

Our body’s endocannabinoid system is a network of cannabinoid receptors that helps regulate critical biological processes such as mood, memory, appetite, pain, and stress. While clinical studies are minimal on the medicinal effects of these compounds in plants, they have shown to have the following therapeutic properties:

Primary terpenes such as myrcene are the most commonly found terpenes in the cannabis plant. These are the compounds that you can instantly smell on your buds. As a result, their higher concentration is going to dictate your experience more than terpenes found in smaller amounts. While they may have a relatively smaller concentration than cannabinoids, they’re just as important.

Myrcene is one of the most common terpenes available in cannabis plants. Many users describe myrcene’s aroma as peppery and spicy. Myrcene has been used in traditional folk medicine for ages due to its sedative, muscle-relaxing, analgesic, and anti-inflammatory properties.

Caryophyllene is a sesquiterpene found in hops, cloves, black pepper, and cooking herbs. Caryophyllene has particularly potent anti-inflammatory characteristics, which can help reduce the pain and damage inflicted by chronic inflammation.

Found in a variety of citrus fruits, limonene has a history of medicinal use. It’s been used to dissolve gallstones, improve mood, and treat heartburn and gastrointestinal reflux. In clinical studies, limonene has shown cancer-fighting properties and robust microbial properties to kill bacteria.

Pinene is the most commonly found terpene in the plant kingdom. Both isomers of pinene, alpha- and beta-pinene, can be found in eucalyptus and sage. Pinene is a powerful bronchodilator that helps asthma patients. Pinene has also been shown to promote memory retention and focus.

Linalool is a monoterpenoid found in cinnamon, mint, and laurel. It has more than just a floral aroma. Linalool is thought to have antimicrobial, sedative, and anti-anxiety effects. It’s also been shown to reduce pain sensitivity and epileptic episodes. 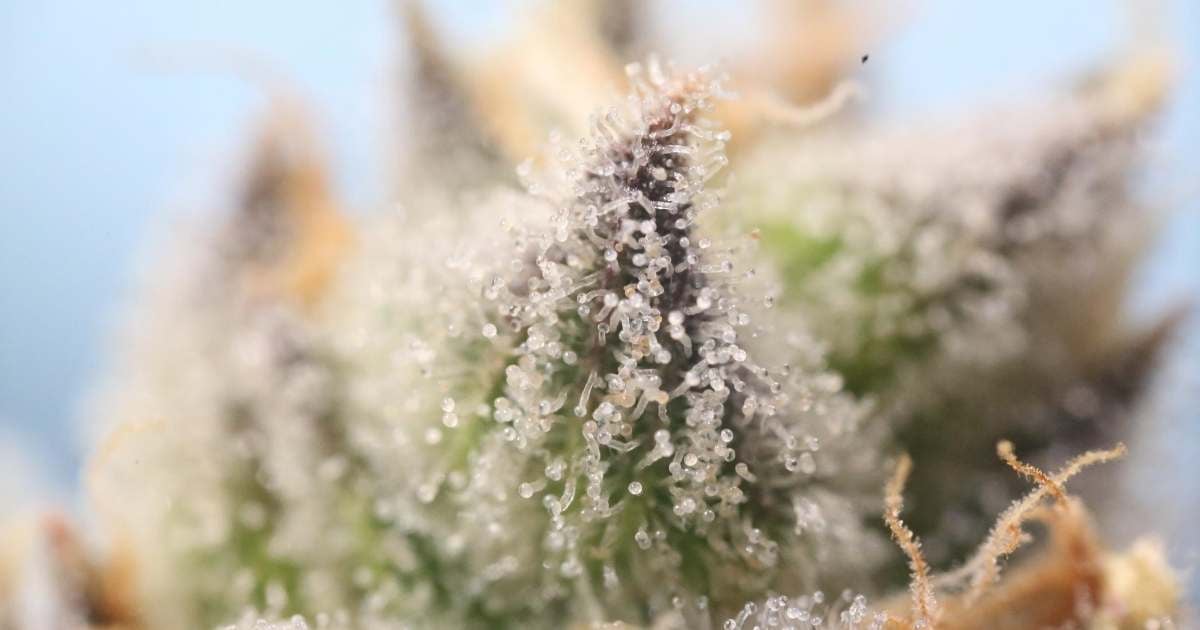 Secondary terpenes are the next most abundant terpene forms in the cannabis plant. Found in much smaller amounts than primary terpenes, they are still a critical part of your experience. For the entourage effect to be maximized, it’s important for you to consume the entire range of primary and secondary terpenes.

Borneol has a menthol and woody aroma. As an ancient Asian medicinal ingredient, borneol is believed to have anti-inflammatory and analgesic properties. As a relaxing sedative, borneol can also reduce fatigue and improve your mood.

Mainly derived from the camphor tree, camphor can be absorbed through the skin. Camphor has a similar cooling effect to menthol. It’s been used for its subtle anesthetic and antimicrobial characteristics.

Found in oranges, nerolidol can have sedative and antifungal effects. Studies have also shown that nerolidol has antioxidant, anticancer, antimicrobial, and anti-anxiety effects. While most of these studies have been on animal models, the results are promising.

Eucalyptol has its signature minty and earthy scent and is used in everything from cough drops to mouthwashes. Eucalyptol has strong antifungal effects. Studies have shown that eucalyptol helps with pancreatitis, inflammation, and respiratory diseases.

Differences in Sativa and Indica Strains

Terpene profiles vary by strain and batch. A couple of clones of the same cannabis plant can have wildly different terpene concentrations based on their growing environment. That’s why your favorite strain may smell a bit different each time you buy a different batch. While most strains are hybrids with varying terpene levels, there are some differences between sativas and indicas.

Indica strains tend to have higher concentrations of the beta-myrcene terpene. Alpha-pinene and limonene are also common in indicas but at lower levels. High levels of myrcene are associated with a sedating and relaxing effect.

Sativa terpene commonalities aren’t as easy to pin down. Sativa strains can also feature a high level of beta-myrcene. Alpha-pinene and alpha-terpinolene terpene concentrations are a close second and third, and sometimes first, to myrcene.

There are many ways to extract terpenes from cannabis using solventless and solvent-based methods. Solvent-based methods are the most effective way. Solvents range from carbon dioxide to butane and propane. Here at Luna Technologies, we use a refined approach using light hydrocarbons to extract them without degrading the original terpene profile.

Butane is one of the most versatile and effective solvents used to produce a wide range of cannabis concentrates, including ones with a high amount of terpenes. High-terpene full-spectrum extracts (HTFSE) are the most terpene-heavy class of extracts such as terp sauce. Full-spectrum extracts contain the entire terpene profile and most cannabis essential oils. Terpene content can start at 13 percent and reach up to 40 percent.

How to Use Terpenes

Terpenes derived from plants have many industrial uses in food, pharmaceuticals, cosmetics, and biotechnology. For personal use, they can be consumed in a variety of fun and exciting ways. From smoking a joint to infusing your next meal with these compounds, here are just a few ways you can enjoy your terps.

Cannabis and food are the perfect pairings. Everyone from chefs to bartenders and brewers is jumping on the cannabis terpene bandwagon. You can infuse whole-flower buds with an abundance of terpenes or use a few drops of food-grade terpene isolates in your food or beverages. Cooking herbs are full of terpenes, so think of creating new recipes with terps as your ingredients.

Cannabis terpenes are the hot new ingredient found in many cannabis-infused topicals. Not only do these compounds enhance the aroma of the product, but they impart their natural healing properties to the user, too. They are used in skincare products to aid in absorption. They also have hydrating, anti-inflammatory, and antibacterial properties.

Cannabis terpenes are more commonly consumed through vaporization methods. Smoking can combust your volatile compounds and make you miss out on the cannabis flower’s pure aroma. With vaporization, however, temperatures rarely reach the combustion point. Instead, the cannabis compounds are heated to their boiling point giving you an extra dose of aroma and flavor with each puff. 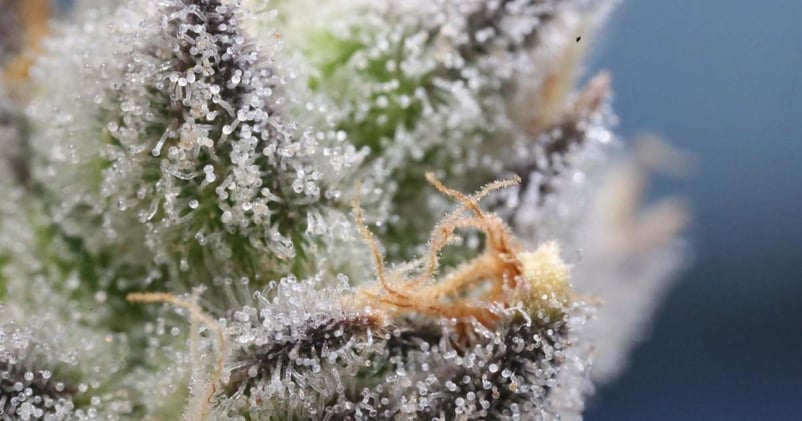 Temperature is a crucial factor in the oxidation and degradation of your cannabis plant’s terpene levels. Terpenes are light and volatile compounds that can evaporate at room temperatures. When harvesting the cannabis buds, a drying and curing method removes the excess water from the buds and improves the aroma and flavor of the flower.

When consuming cannabis flower, you don’t have to worry about synthetic versions. When purchasing cannabis concentrates and other concentrate-infused products, you may have to. Synthetic terpenes have long been used in the beauty and fragrance industry to create a specific scent for consumers. Synthetic versions, unfortunately, have been adopted by some cannabis products. It’s important to look for naturally-derived cannabis terpenes when choosing extracts and concentrates.

Cannabis-derived terpenes are the gold-standard in cannabis extraction circles. While not entirely proven, terpenes naturally-found in the cannabis plant may provide a more effective entourage effect. Natural cannabis terpenes, even botanically-derived ones, may take more time, money, and effort to make, but they are a sign to consumers of a quality product.

Terpenes’ health benefits are still being researched but at a glacial pace. There’s tons of evidence to suggest that they play a crucial role in the medicinal properties of cannabis. As research on cannabis becomes more acceptable and commonplace, our knowledge about cannabinoids and terpenes’ therapeutic power will be uncovered.