What Is CBDA: Facts and Health Benefits

Cannabidiolic acid (CBDA) is a little-known cannabinoid with major therapeutic potential. In preliminary studies, CBDA has shown to treat inflammation, anxiety, seizures, and even certain types of cancer. CBDA is now seen as the next frontier in cannabinoid-based therapy.

While the research on the possible benefits of CBDA is still in its infancy, researchers are hopeful that CBDA could reduce the need for medications that can cause long-term side effects while improving people’s overall mental and physical well-being. 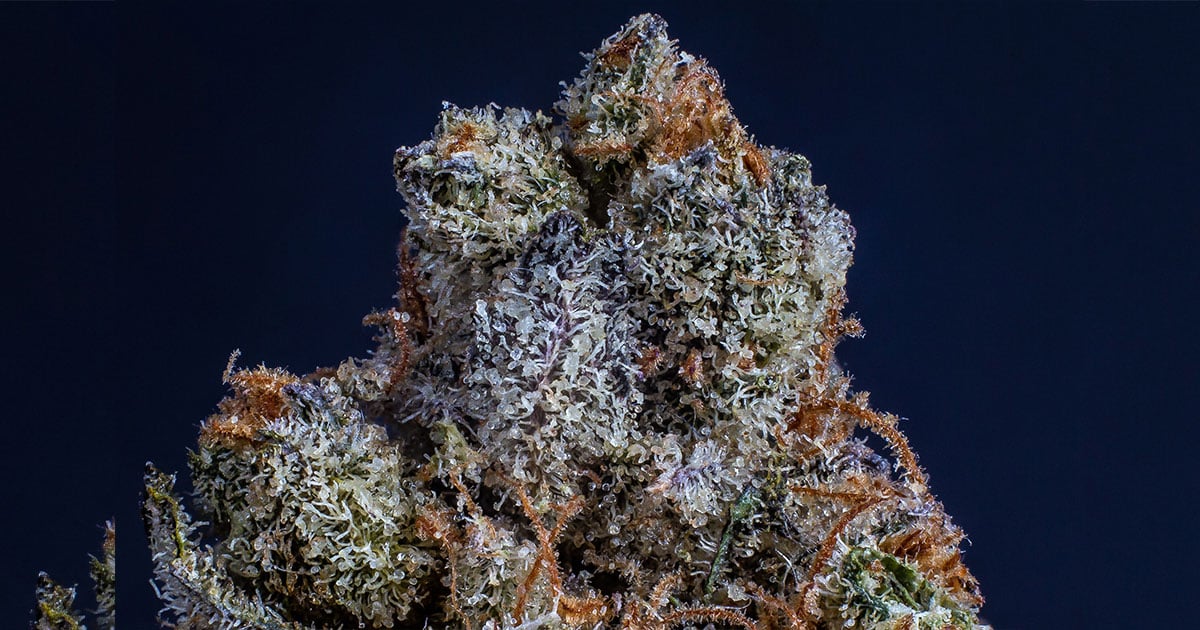 Cannabinoids are the main active cannabis compounds that interact with the body’s endocannabinoid system, a network of cannabinoid receptors located throughout the body, including the central nervous system and immune system.

In the cannabis plant, cannabinoids can mainly be found in plant material, primarily in its buds and in lower concentrations in its leaves and stems. Cannabinoids are made in the plant’s resinous trichome glands.

When growing cannabis plants, their cannabinoid concentration gradually increases up until its peak maturity point and then slowly degrades over time when exposed to heat, light, or oxidation.

CBGA is made when geranyl pyrophosphate and olivetolic acid combine. An enzymatic reaction converts CBGA into a variety of cannabinoids. In cannabis plants, cannabis mainly contains these acidic cannabinoids.

In a process called decarboxylation, CBDA, THCA, and other acidic compounds convert into their decarboxylated forms, known as the main psychoactive cannabinoids (THC, CBC, CBD, etc) that can positively affect the body.

In most cannabis plants, CBDA is present in only very small amounts, although some plants have been bred to contain balanced levels of CBDA and THCA. Hemp plants, in particular, are known for their high-CBDA content and trace amounts of THCA.

Through an extraction process, hemp plants can be used to create a concentrated form of its cannabinoids.Cannabinoids in these products affect the communication of cell response signals, which can lead to a host of beneficial effects on the mind and body. 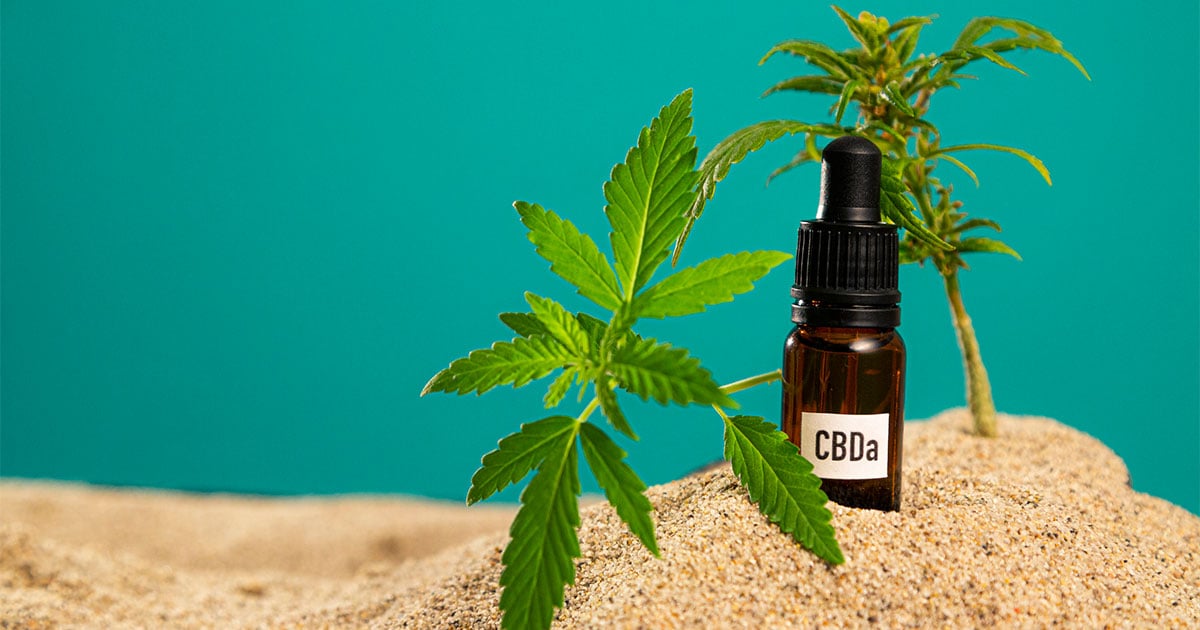 CBDA has been on researchers rader ever since Israeli scientist Rafael Mechoulam first isolated the compound in 1965 .

So, what is CBDA? Cannabidiolic acid (CBDA) is the natural precursor to the cannabidiol (CBD) compound. When the acidic form is decarboxylated, CBDA transforms to CBD, the active ingredient in many infused products.

The decarboxylation process happens when heating cannabis. When heated, dried, or processed, cannabinoids undergo a change in molecular structure. In terms of its chemical composition, the process removes one acidic carboxyl group from its molecular chain.

New research is showing that activating the cannabinoid acid is not completely necessary to reap its medicinal benefits. In some cases, CBDA has been shown to be more effective than CBD in treating certain conditions.

CBDA vs CBD: Does CBDA Get You High?

Neither CBDA nor CBD cause intoxication. Most cannabinoids such as THC and CBD bind to the CB1 and CB2 cannabinoid receptors, but its other acidic forms take a different approach.

CBDA interacts with the endocannabinoid system by inhibiting the Cox-2 enzyme, which does not directly affect the central nervous system.

For customers who do not want to feel impaired, CBDA may be used as a treatment for a variety of medical conditions. For certain conditions, CBDA may actually produce better results than CBD. 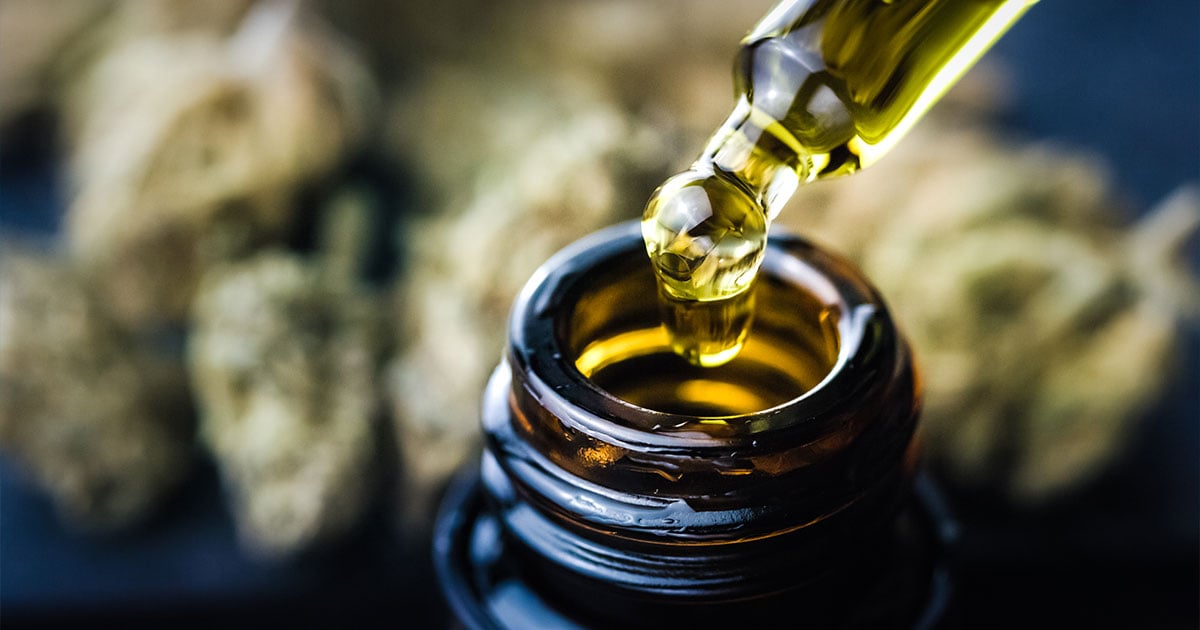 CBDA shows promise as an effective medicine in the treatment of a variety of conditions. CBDA’s affinity for serotonin receptors helps it affect everything from mood to nausea to inflammation.

CBDA has shown to have a more intense activation of 5-HT1A serotonin receptors compared to CBD. Serotonin can affect a variety of physiological functions including mood regulation, nausea, vomiting, and intestinal motility.

Based on the current research, CBDA’s potential as a medicine is still up in the air.

Up until now, clinical trials have largely focused on animal models. Until trials focus on human health and how CBDA works, we will not know the full extent of CBDA’s power.

Here are some of the promising benefits of CBDA:

CBD burst onto the mainstream when a CBD-based drug called Epidiolex became the first Food and Drug Administration (FDA) approved cannabis-derived prescription drug product for drug-resistant epilepsy. It follows that its acidic precursor has some potential to reduce the severity and frequency of seizures.

GW Pharma, the pharmaceutical company responsible for Epidiolex, has performed studies comparing the effects of CBDA vs CBD. In some studies, the team found that CBDA can have better bioavailability and a faster-acting effect than its parent compound.

Essentially, their studies concluded that lower doses of CBDA were required to be effective, thereby, lowering the risk of negative CBDA side effects. In some cases, CBDA proved more effective in reducing seizures compared to CBD.

CBDA has anti-inflammatory characteristics, and may be able to relieve inflammation due to its characteristics as a selective Cox-2 inhibitor. Cyclooxygenase (Cox) enzymes 1 and 2 have different responsibilities.

Nonsteroidal anti-inflammatory drugs (NSAIDs) such as ibuprofen and aspirin work by inhibiting the effects of these enzymes. Depending on these drugs for the long-term, can cause damage to the gastrointestinal tract.

For this reason, researchers have been focused on creating selective Cox-2 inhibitors that avoid inhibiting Cox-1 enzymes without the risk for major damage to the stomach and intestinal lining. CBDA works in the same way as NSAIDS but without the damaging effects to the gut.

In particular, the research found that CBDA was incredibly effective at reducing anticipatory nausea. This occurs when a person feels nauseous right before chemotherapy treatment. Since this form of nausea has no known treatments, CBDA is an incredibly promising route.

In a separate study, the research team tested the effects of a CBDA and ondansetron, an anti-nausea drug. The team found that even a very low dose of CBDA improves the drug’s antiemetic effect. A CBDA dose 1000 times less than CBD has the same effect.

A preclinical study focusing on the down regulation Cox-2 enzymes found that CBDA could help suppress the spread of a specific type of breast cancer cells. In this type of cancer, the concentration of Cox-2  is higher than average.

During the study, CBDA was used for a period of 48 hours. While it helped inhibit Cox-2, it also reduced the effectiveness of the Id-1 protein, associated with inducing cancer cell growth and survival. In addition, CBDA seems to increase Sharp-1 expression, associated with suppressing breast cancer metastasis.

While more studies are needed into its effects on cancer, CBDA is showing great promise in its suppression of harmful cells in the body.

Due to the exciting therapeutic potential of CBDA, researchers have attempted to create synthetic versions that may be used for therapeutic applications. In particular, professor Mechoulam has created a patented synthetic CBDA methyl ester.

A slight change in the chemical structure makes this methyl ester derivative more stable than its natural form. Researchers have been studying this derivative’s effects on nausea and vomiting, anxiety, depression, and inflammatory bowel disease.

Synthetic CBDA may be on the horizon but there is no guarantee that it is better functioning than its natural counterpart. For now, users can test out the effects of CBDA through its natural form.

CBDA is often seen as a distinct cannabinoid from CBD, but the reality is that CBDA is largely treated like CBD in the U.S. and international market.

In the U.S., the 2018 Farm Bill legalized industrial hemp production. Because of this, CBD products began to flood the market. Under the law, CBD products must contain less than 0.3% THC by dry weight. Cut-off limits vary by country.

Because it is non intoxicating, CBDA is completely legal in nearly all states. In states that prohibit the sale of THC, CBDA products must not contain any THC.

How to Use CBDA 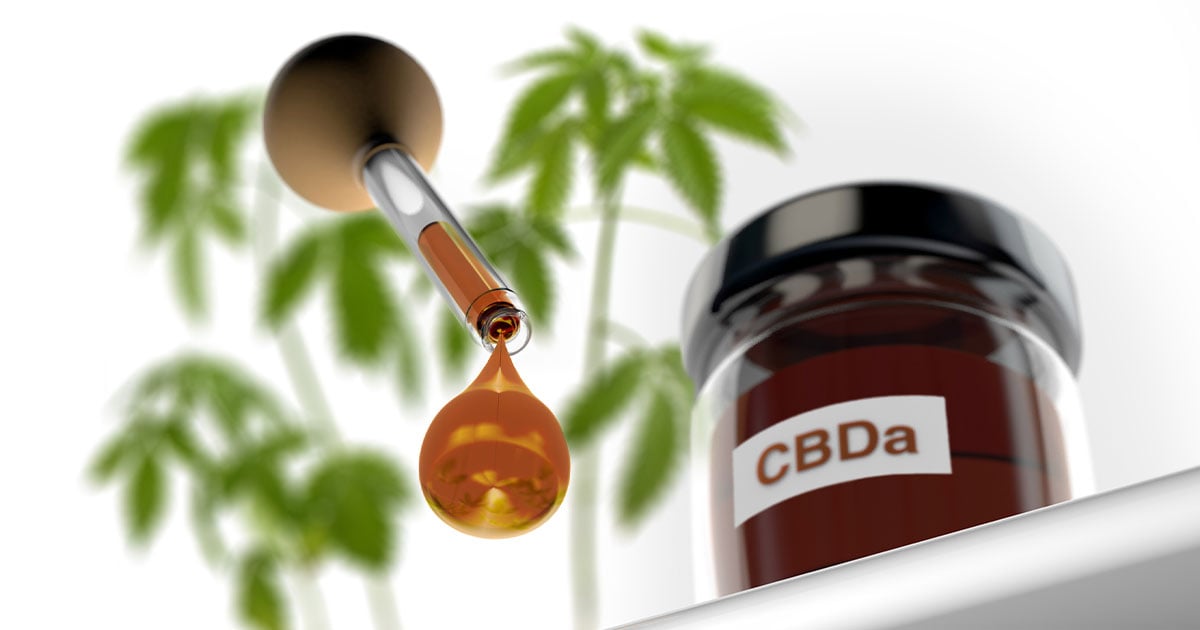 In today's fast-growing CBD market, consumers can find a variety of CBDA-rich products including CBD extract. Full-spectrum, whole-plant products contain the plant’s entire chemical profile including major and minor cannabinoids as well as terpenes and other bioactive compounds.

In its raw form, CBDA cannot be smoked because then the cannabinoid acid is converted into CBD.

Raw cannabis flowers and leaves can be used as a culinary ingredient. Eating the leaves raw in a salad, adding them into a smoothie, or making raw cannabis juice can be an excellent way to get your greens in without getting high.

Raw CBDA-rich flower buds can also be used to make tea. It is as easy as adding them into a cup and steeping them. The water will not completely decarb the CBDA but rather infuse it into your drink.

CBDA is available in many cannabis products. Consumers can shop raw hemp oil products such as raw CBD oil, CBDA capsules, and CBDA tinctures. Users can ingest them or add these oils to food and drinks or take tinctures sublingually.

All the recent developments around CBDA have earned it a place among health food shelves and the ecommerce market.

CBDA has shown tremendous potential in treating a variety of conditions including anxiety,  nausea, and vomiting, epilepsy, and cancer. Overall, it could lead to a more efficient endocannabinoid system.

CBDA is now stepping into the spotlight as a safe and sometimes more effective alternative to traditional medication or even its cannabinoid parent.

If you use CBD products such as CBD oil or can benefit from its potential benefits, a small dose of CBDA products can be a worthwhile treatment option.