Decarboxylation: What Is It and Why Is It Important?

Cannabis decarboxylation is a crucial component of activating the psychoactive compounds found in cannabis and hemp plants. Decarboxylation happens organically for smokable plant material, as the heat from the flame does the work. For consumables, tinctures and salves, however, it is a more careful process that occurs earlier in production. 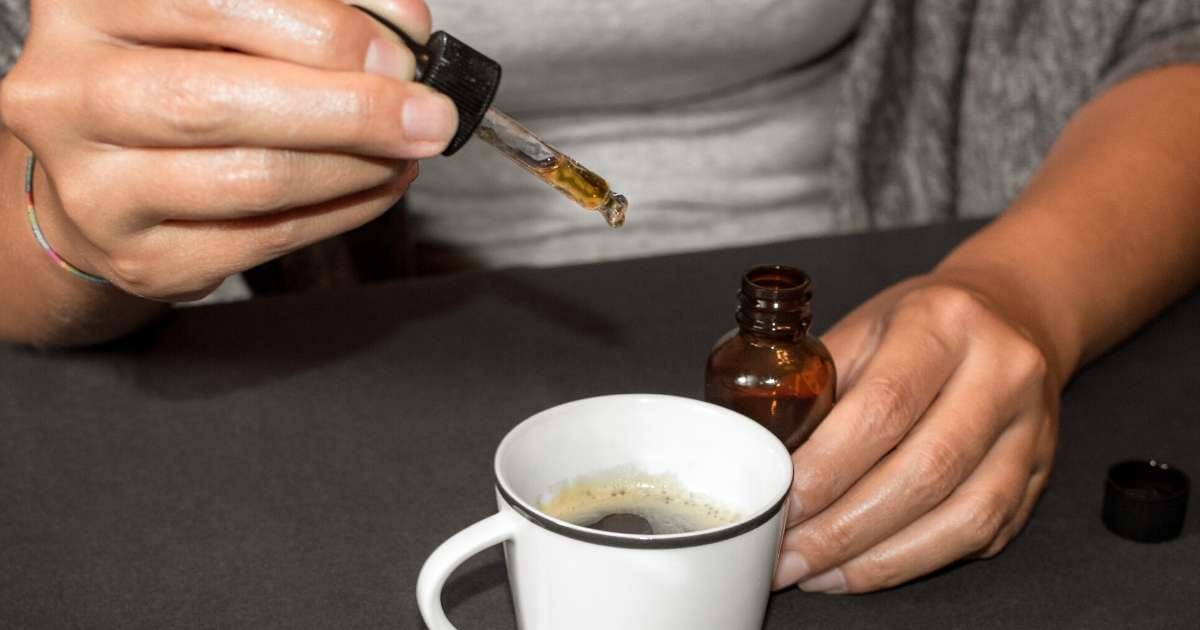 Decarboxylation refers to the process of heating cannabis and hemp to activate the cannabinoids within its buds, trim, leaves, or kief. Decarboxylating, or “decarbing,” cannabis, in essence, makes consumers experience the plant’s unique and intoxicating effects by using its active components.

Primarily, decarbing methods target cannabinoid acids, also known as inactive cannabinoids, found in the plant’s trichomes. Trichomes are mainly found on cannabis flowers, but can also be found in smaller quantities in leaves and stems.

When cannabis matter undergoes the heating process, the cannabinoid acids’ molecular structure changes. When decarboxylated, the acids lose one carboxyl group (-COOH) as carbon dioxide while retaining one hydrogen atom.

Cannabinoid acids have 22 carbon atoms, 30 hydrogen atoms, and four oxygen atoms. The carboxyl group lost consists of one carbon atom and two oxygen atoms (CO2). When this carboxyl group is removed, the molecular mass of THCA, for instance, decreases by about 12 percent turning into the active THC compound.

When activated, cannabinoids interact with the endocannabinoid system (ECS), a network of cannabinoid receptors found throughout the body including the central and peripheral nervous system. A handful of major and minor cannabinoids produce varying effects in the body ranging from euphoria to relaxation.

Why is Decarboxylation Important?

Decarboxylation is one of the most important processes when making edibles, tinctures, and other consumable goods, because there is no heat added during consumption of these products. Decarbing activates the plant’s most essential cannabinoids: tetrahydrocannabinol (THC) and cannabidiol (CBD). For smokeables, decarboxylation prior to consumption is not necessary, as it happens when the flame or electric heating element hits the plant.

The decarboxylation reaction is important because the heating process converts tetrahydrocannabinolic acid (THCA), the non-psychoactive cannabinoid acid, into the highly intoxicating THC compound that produces euphoria. Decarbing cannabis also converts cannabidiolic acid (CBDA) into CBD which is tamer when compared to the effects of THC.

Without the important conversion using heat, THCA and CBDA are not able to pass the blood-brain barrier to activate cannabinoid receptors. In particular, THCA is not able to target the CB1 receptor that causes psychoactive effects.

THC and CBD function as partial agonists or agonists of the endocannabinoid system (ECS). Consuming decarboxylated cannabis can have effects on multiple body functions determined by the ECS such as sleep, appetite, pain, inflammation, immune response, and mood. Decarbed THC and CBD can then be infused when cooking a small or large volume of cannabis infused products.

Medical patients treating their symptoms with oral or topical medical marijuana must ensure their cannabis is decarboxylated. Commercial manufacturers take care of the extraction and decarboxylation process to ensure the infused product is ready to consume after purchase.

Decarbing is also essential for its ability to introduce active cannabis compounds into a wide array of products to suit individual delivery preferences. Without decarboxylation, consumers wouldn’t have the choice of a variety of edible, sublingual, and topical solutions such as gummies, brownies, tinctures, syringes, suppositories, capsules, and more.

What Is the Process of Decarboxylation?

Decarboxylation occurs over a period of time with the application of heat, which means decarboxylation can occur at varying rates depending on time and temperatures. The trick is to decarboxylate cannabis at the ideal temperature to avoid cannabinoid degradation or combustion.

Ultimately, the ideal decarboxylation process uses the least heat possible to retain more of the plant’s therapeutic cannabinoid and terpene compounds. Terpenes, especially, can be vulnerable to evaporating off when exposed to high heat.

During the decarboxylation process, not all acidic cannabinoids will be converted into THC or CBD. A trace amount of raw cannabinoids may be left after a comprehensive decarb session. Products may feature small amounts of acid compounds such as CBDA on lab tests. 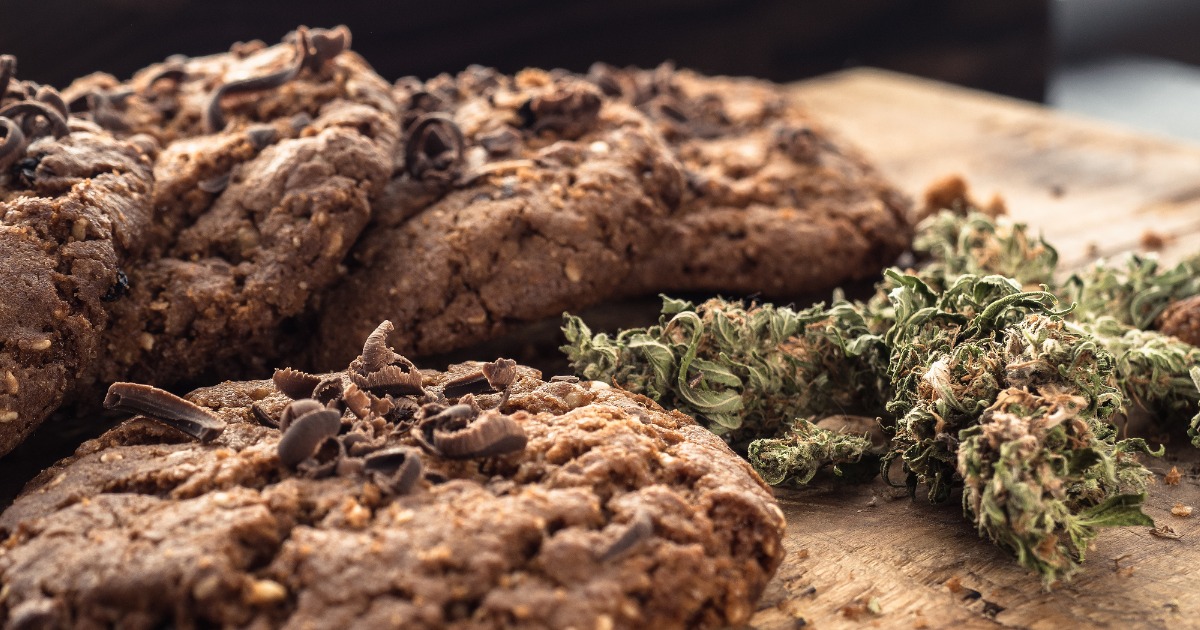 To Decarb Or Not To Decarb? That Is The Question

Decarboxylation is a crucial step in the consumption process, but not all cannabis will or should be decarbed. Much of today’s cannabinoid research has focused on the two main cannabinoids: THC and CBD. More recently, however, researchers have set their sights on the potential therapeutic application of non-psychoactive cannabinoid acids such as THCA and CBDA.

CBDA, the non-decarboxylated precursor to the CBD compound, is found in trace amounts in the cannabis plant. Like THCA, not as much research has been performed on CBDA compared to CBD and THC research. New evidence, however, suggests that CBDA can have plenty of health benefits when the plant is kept in its raw form:

One of the main selling points of THCA and CBDA is their non-psychotropic nature. That means users do not experience a “high.” For example, THCA’s larger molecular size compared to THC does not allow it to pass through the blood-brain barrier and attach to cannabinoid receptors in the brain.

As more research stacks up in favor of keeping THCA and CBDA in their raw form, more manufacturers and consumers will be turning to these isolates found in a number of forms including whole-flower, tinctures, transdermal patches, and crystalline concentrates.

Depending on the product type a manufacturer is producing, decarboxylation before making oil is acceptable. Decarboxylation after cannabis extraction is also regularly performed. By definition, decarbing creates THC from THCA, and prevents the creation of cannabinoid acidi isolates.

Decarboxylation after extraction does have some unique challenges including more time-consuming extraction times and lower yields. Despite these obstacles, precision commercial ovens can produce premium and delicately decarbed products.

Decarboxylation ovens feature temperature controls to within plus or minus .5 degrees celsius. Manufacturers can check temperatures on built-in and easy-to-read LED displays and set the timer for ultimate precision and a reliable decarbing session.

Decarb ovens are built for a quick cleanup. Its stainless steel construction and airtight seal allow for minimal aroma leakage and complaints from neighbors. Popular oven makers include Cascade Sciences, SH Scientific, Thermo Fisher Scientific, Sheldon Labs, and Precision Quincy, which can be found in the United States and Europe.

Forced-air electric convection ovens circulate hot air quickly through the interior of the oven to keep temperatures uniform. Blowing hot air over a product prevents cooler air from accumulating near the product surface. Constant and gentle hot air provides a speedy decarboxylation for even the most sensitive products such as powders.

Even home consumers are joining the decarb party with household decarb machines such as the Magical Butter decarboxylation machine or the Ardent Nova Decarboxylator. The Ardent Flex has 3.5 times the capacity of the original Nova allowing dispensaries to decarb up to three and a half ounces of marijuana.

Currently, Ardent is prototyping a high-powered decarboxylator fitted with a digital screen display that can hold up to five pounds of marijuana in a single cycle. The Indy is set to produce 2,240 grams at once or about 336,000 mg of THC allowing commercial operations to elevate their activation process.

No, decarboxylation methods do not destroy CBD or THC, for that matter, if done right. High temperatures can scorch cannabis rendering the kief, concentrates, or bud unusable, but a uniform heat can convert raw cannabis compounds into their psychoactive counterparts. Decarbed cannabis actually increases the concentration of cannabinoids such as CBD and THC.

Is Decarboxylation Necessary For Smokable Products?

Is Decarboxylation Necessary For Edibles and Topicals?

Decarboxylation can be an important process when making edibles or topicals, especially for manufacturers making medically-applicable products on a large scale. Decarboxylation ensures the edible or topical contains THC or CBD compounds, which have enormous medical benefits when ingested or applied on the skin.

Decarboxylation is a process manufacturers and consumers can’t skip, even if they wanted to. It’s a natural process that can be accelerated and fine-tuned with the right tools and equipment to make delicious butters oils and more. For the best decarboxylation temperature and time management, consider decarb ovens specifically made for cannabis industry operations.