The 5 Most Common Cannabis Extraction Methods

In the fast-growing cannabis extraction segment, cannabis extracts can be produced through various extraction methods. Each cannabis processing method can produce cannabis oil full of cannabinoids, terpenes, and other essential compounds, known for their therapeutic effects.

All Cannabis Extracts Are Not Created Equal 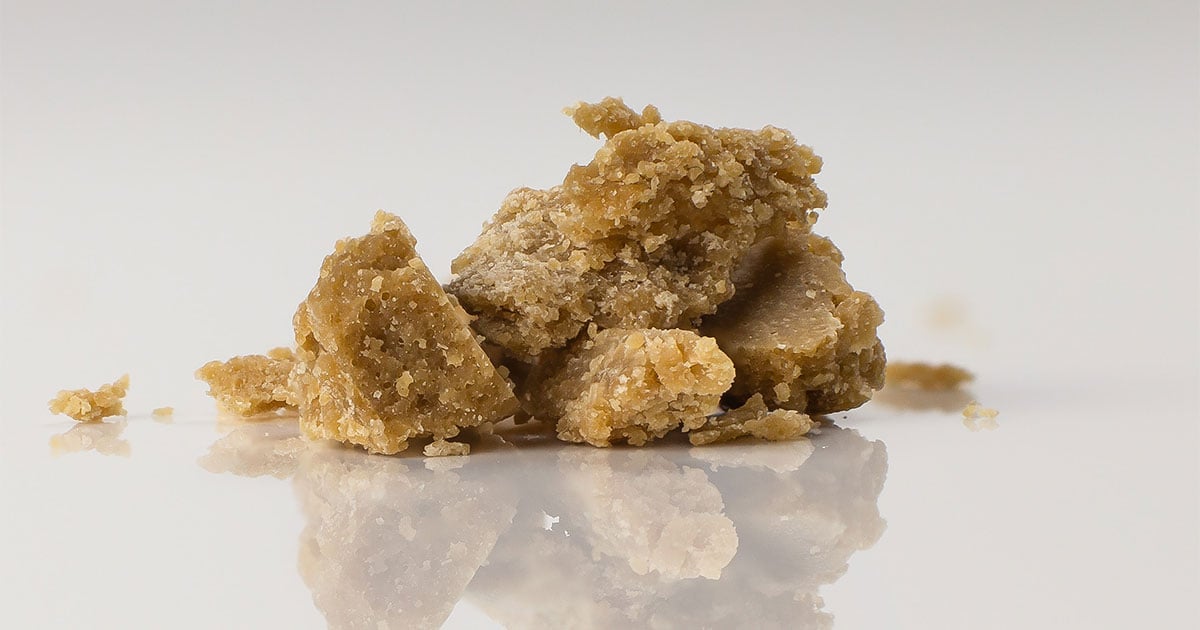 In the world of cannabis extracts, there are many ways to separate the active ingredients from the undesirables such as fats and waxes. First, let us talk about the difference between the two main cannabis extraction methods: solventless and solvent-based techniques.

All cannabis extraction methods are generally effective, but each has its own advantages and disadvantages when it comes to the overall yield and quality of cannabis and hemp oil. At this point, it is important to explain the difference between extracts and concentrates, which are terms sometimes used interchangeably.

As we go through the rabbit hole of cannabis concentrate types, you will encounter different designations depending on the type of concentrate you choose. Among the sea of products flooding the market, you will run into the following concentrate products:

Beyond these product designations, you will find numerous types of extracts, which differ in look, texture, consistency, potency, and purity depending on the quality of the starting material and the extraction processes used.

Common types of plant extracts include:

Common types of cannabis concentrates include:

Over the years, improvements in extraction technology have allowed processors to use gentle methods to extract cannabinoids and preserve most of the plant’s temperature-sensitive, active compounds.

Nowadays, cannabis and hemp producers and consumers are looking for more than THC or CBD in their concentrates. Terpene-rich concentrates such as high-terpene full-spectrum extracts (HTFSE) have a large following that continues to grow. Terpenes, the fragrant oils found in the plant, are thought to enhance the health benefits of cannabinoids, while minimizing their negative side effects.

Solvent-based extraction methods produce high-potency extracts from cannabis biomass using different types of closed-loop systems. In a closed-loop system, the solvent passes through a vessel containing plant biomass, strips the valuable components, and is then separated from the valuable oil in a separate vessel. The solvent is recovered and can be used over and over again.

After the initial solvent washes over the biomass, the resulting crude oil undergoes a refining process to remove the undesirable compounds and leave behind the desired compounds. Residual solvent purging involves using a vacuum chamber and pump to evaporate the solvent while preserving the cannabinoids and terpenes in the concentrated resin.

Processors may use a refinement method such as color remediation to improve the color and clarity of an extract or THC remediation to remove the intoxicating compound from the end product.

Throughout the supply chain, including the various stages of cannabis processing, analytical testing provides processors and consumers with a chemical profile of the plant’s cannabinoids (mainly THC and CBD), and sometimes terpenes. Analytical testing also tests for contaminants such as pesticides, residual solvents, and heavy metals.

Cannabis states that allow for medical and recreational cannabis use often have cut-off limits that require producers to test their products before selling to consumers. If the sample of the product has more than the allowable contamination limit, the product cannot be sold. 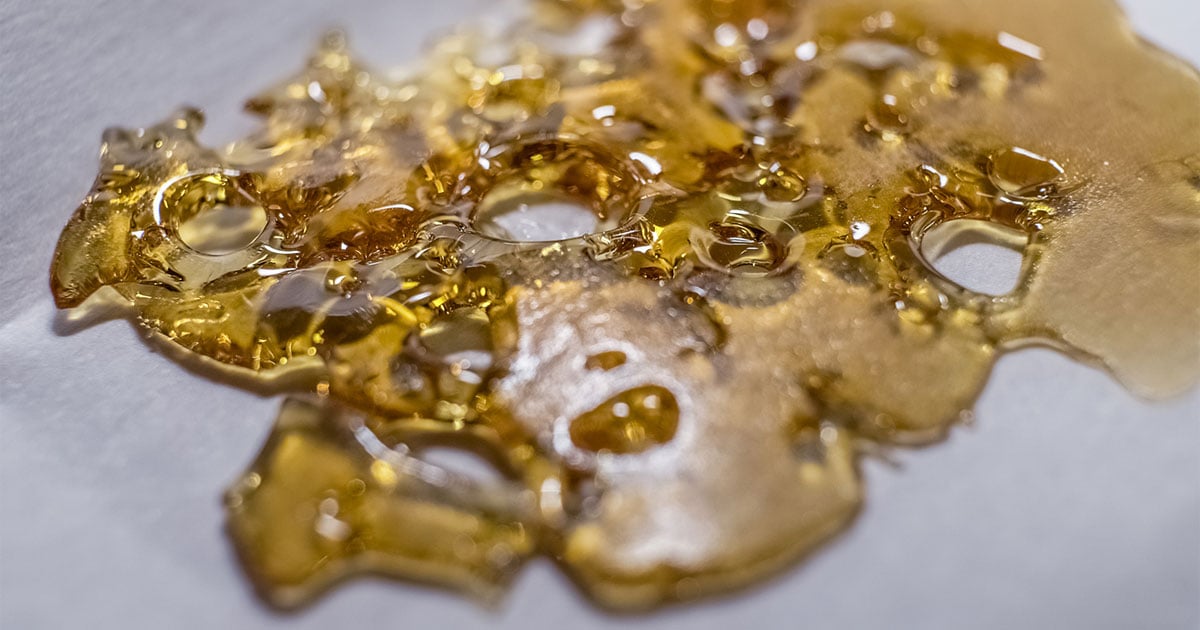 One of the most popular and effective solvent-based extraction methods is hydrocarbon extraction, also known as butane hash oil (BHO) extraction. Hydrocarbons such as butane and propane are solvents made from decayed organic material and used as solvents in the food processing industry.

In the cannabis industry, hydrocarbons can create a wide range of high quality cannabis concentrates at scale. Butane and propane are light hydrocarbons, named so after their low molecular weight. Butane is the primary solvent of choice, but some extractors use a blend of butane and propane (usually 70/30) to preserve more of the plant’s terpenes.

Butane and propane’s low boiling point allow extractors to use low temperatures during the extraction process, which help produce a full-spectrum extract with most of the plant’s cannabinoids and terpenes. Both butane and propane are non-polar compounds with the following boiling points at atmospheric pressure:

While this type of extraction method is commonly used in various other markets such as fragrance and food industries, butane hash oil production has seen some negative press due to amateur butane extraction methods, which fail to provide enough ventilation for the flammable solvents leading to explosions.

In a commercial lab setting, which meets all building and fire codes, ventilation and gas detection systems as well as other safety controls are in place to keep operators safe and prevent explosions. Butane extraction processes and products produced by licensed processors are generally safe and effective.

Benefits of hydrocarbon extraction include:

Supercritical carbon dioxide (CO2) extraction is another common method used to isolate specific cannabinoids from the cannabis plant material, also known as the biomass. Carbon dioxide is touted as one of the most non-toxic and environmentally-friendly solvents used today. Generally, CO2 extraction does not leave any residual toxins and is commonly used in beverage and food manufacturing.

Under standard pressures and temperatures, carbon dioxide is a gas, but when heated above its critical temperature (87.8ºF) and critical pressure (1,070 psi), CO2 converts into a liquid-gaseous state, known as a supercritical fluid, that exhibits characteristics of both a gas and liquid.

During the CO2 extraction method, the supercritical CO2 is washed over the cannabis buds. In this supercritical state, the CO2 can easily seep through every crevice of the biomass and separate the THC, CBD, and other desirable compounds from the plant.

Once separated, the carbon dioxide is evaporated from the biomass and a condenser turns the gas into a liquid to become recycled and used for additional extraction runs. In some cases, the CO2 crude extract requires post-processing such as winterization and distillation techniques to remove undesirable lipids, waxes, and other unwanted compounds.

Benefits of CO2 extraction include:

Alcohol is a common solvent used in cannabis extraction, especially when dealing with hemp biomass. Ethanol is a flammable grain alcohol made from fermenting plant sugars from grains, primarily corn. As a food-grade solvent, ethanol is efficient at separating cannabinoids and terpenes from cannabis and hemp at high volumes.

The ethanol extraction process can occur under a wide range of cold and warm temperatures, depending on the desired outcome. Extraction technicians use room temperature or chilled ethanol. The solvent is washed over the raw plant material to dissolve its cannabinoids and terpenes.

After the extraction process, the ethanol solvent is removed using a variety of evaporator systems to enhance the purity of the extract. The solvent removal process can get rid of undesirables to create a flavorful and pure ethanol-based concentrate for the hemp industry.

As a polar solvent, ethanol can easily bind to water-soluble compounds in the hemp plant material. As a result, ethanol can produce a crude extract with higher amounts of undesirables that require post-processing to remove.

In addition, ethanol’s boiling point is higher than hydrocarbons, which can reduce the concentration of terpenes that end up in the final product. Ethanol can be good for producing distillates or isolate products, but will not do as well creating full-spectrum products with a higher percentage of terpenes.

Benefits of ethanol extraction include:

Hand-pressed hashes, developed many centuries ago, are the earliest forms of solventless concentrates. Solventless extraction methods do not use chemical solvents to reap the plant’s natural oils. Instead, they use a variety of agitation techniques and machines that use heat and pressure to separate the resin from the plant. 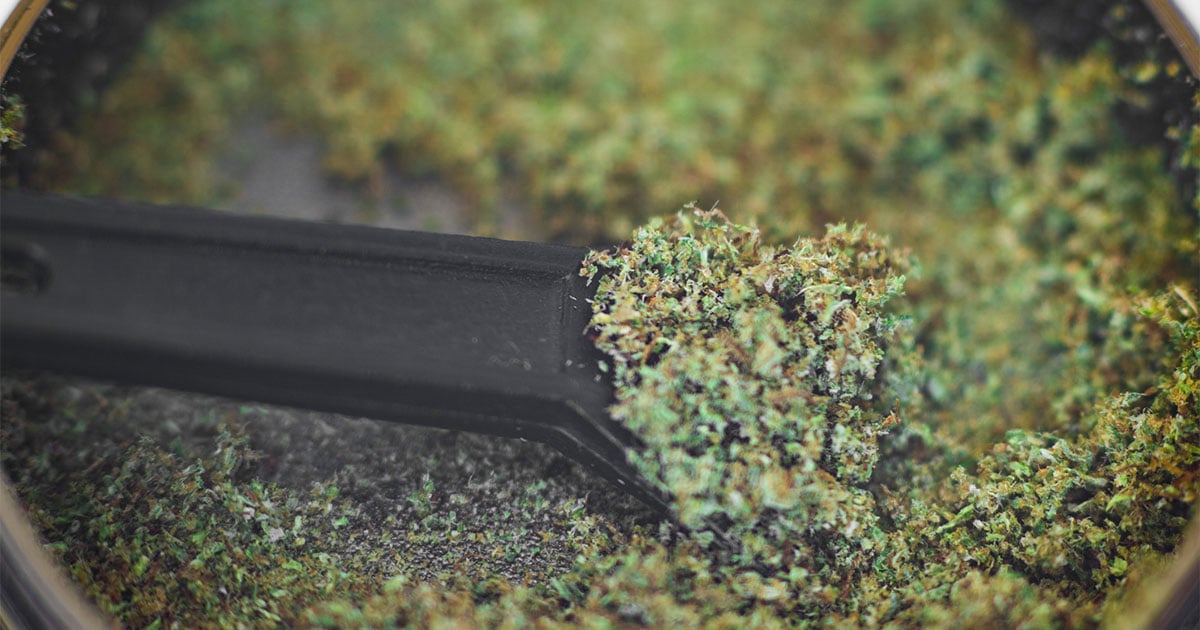 Agitation methods can break the trichomes from the cannabis flower buds or trim. For instance, dry sift kief, or a collection of cannabis trichomes, are separated from the plant using a variety of mesh screens or sieves. Through manual or mechanical agitation, the sieves break up the resinous trichomes, which are collected at the bottom. Kief can be used to make a variety of cannabis products such as pressed hash and elevate the potency of joints and dry herb alone.

At home, cannabis consumers can use a three-chamber grinder, which helps collect the kief in the bottom container and the ground-up flower in the middle container. Kief can accumulate in the chamber and can be used to top off bowls and joints.

Ice water extraction, another form of extraction through agitation, involves submerging the cannabis material in a mixture of ice and water in a series of mesh bags. When agitated, the cold water makes it easy to break the trichomes which fall to the bottom of the bags for later collection. These methods can reap concentrates with cannabinoids between 50 to 70% THC. 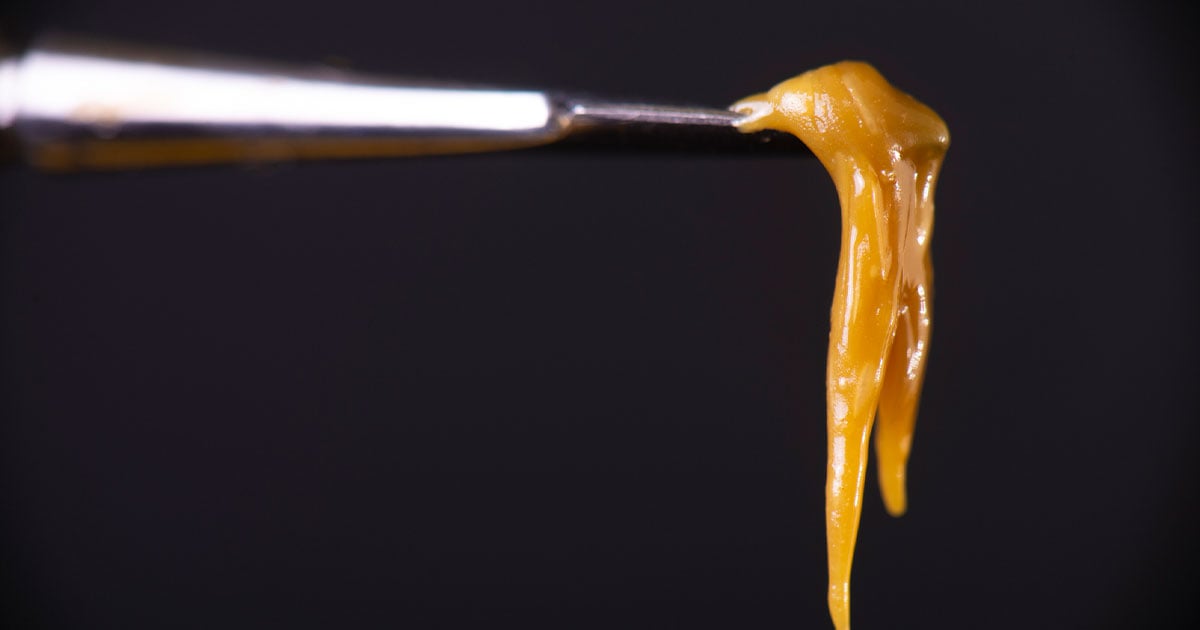 With rosin pressing systems, low heat and pressures are used to melt and squeeze the sticky resin from the plant material (kief, trim, buds). The process is similar to how olive oil is made. During the olive oil production process, the extraction systems break the plant’s cells and release the plant's oils for consumption.

The resulting sticky, dark, and potent oil is called rosin. Rosin can be consumed as a dab or be infused into a variety of products including edibles, tinctures, and topicals. Live rosin is another form of rosin, which uses fresh frozen buds for a better flavor and aroma.

On a smaller scale, cannabis users can use a simple hair straightener and some buds to literally squeeze out the resin using pressure and the hair straightener on the lowest heat setting. While it will not produce as high-grade extracts as commercial rosin extraction, it can provide users with a concentrated and potent product.

What Is the Best Extraction Method?

As a consumer, how does one know which one cannabis extract type is the best for them? Is there even a best one? Ultimately, the best type of cannabis extract varies by person. The quality of the extract depends on the starting material and processes used.

Consumers that research as much as they can about a company’s supply chain can gain a better understanding of what extract would work best for them. What starting material do they use? Is the product tested? Is it full-spectrum or broad-spectrum?

Some consumers may lean toward certain types of extracts such as distillates, isolates, or full-spectrum products for a variety of medical purposes. Some extraction methods are better than others at creating different types of plant extracts.

For instance, cannabis connoisseurs looking for extracts with the highest terpene content possible will naturally turn to BHO extracts, since hydrocarbons are much better at retaining the volatile terpenes in the plant.

However, consumers looking for a THC-free experience with hemp-derived cannabis products may look toward ethanol-based extracts, since ethanol is the industry standard in producing high-volume, hemp-derived CBD extracts.

Regardless of how the extracts are made, the after-purchase storage can significantly affect the extract quality and shelf-life. Cannabis extracts should always be stored in a cool, dry, and dark place to avoid cannabinoid degradation through decarboxylation in the presence of heat, light, and oxygen.

No matter what type of cannabis extraction process is used by a processor, the quality and the yield will depend largely on the starting plant material, the operator's experience, and the quality of the extraction equipment.

Luna Technologies pushes hydrocarbon engineering to the highest levels. For the best hydrocarbon extraction solution, our IO Extractor is an automated system that can help processors expand their production line without compromising on concentrate quality.