The world of cannabis oil extraction is riddled with bad or outdated information. Most of the negative press BHO extraction receives actually serves the agendas of competing groups rather than as viable health or safety warnings. The CO2 industry's path to popularity, in particular, was paved by sensationalized stories of home explosions from open loop butane extraction, and misinformed claims of impurities in the end product.

Purveyors of this misinformation do not serve to elevate the public discourse regarding extraction methods by conducting honest debates regarding the merits and drawbacks of both CO2 and BHO. Instead, they resort to scare tactics and amateurish zero-sum arguments which drive clicks but detract from a legitimate debate that can move the industry forward.

"There's a lot of misinformation in the marketplace," says Pietrangeli. "Dispensary managers, budtenders, and buyers will be snooty at extracts made with BHO because they think there's some sort of health risk. Really, it comes off as ignorant."

This article will address the most common myths that contribute to the stigma circling BHO extraction, offer common sense explanations, and (hopefully) put the fear mongering to rest once and for all. 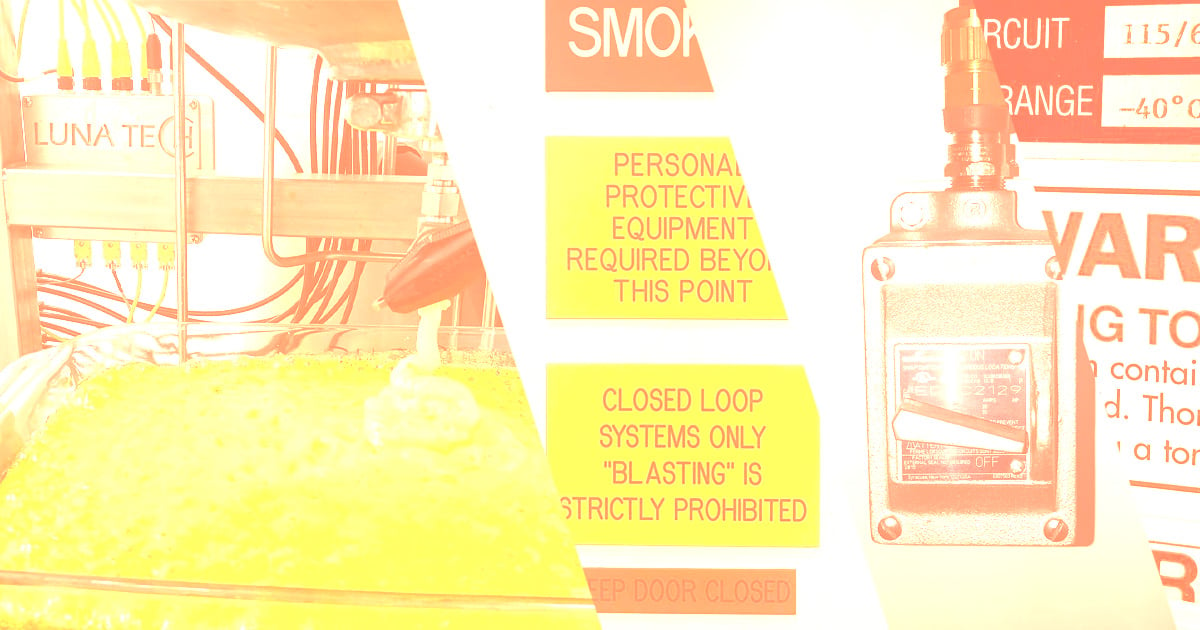 The most common misconceptions around BHO involve health effects, specifically the cleanliness of product. Butane is the most common villain here; after all, butane is right there in the name! The irony of smokers who have no problem lighting bowls with their butane lighters suddenly worrying about the potential of residual butane in BHO extracts notwithstanding, there is, in fact, a problem to be addressed here, but it is not inherent to BHO: residual butane in BHO concentrates is not a byproduct to BHO itself, but rather a byproduct of poor extraction methods, including equipment and processes.

Well-executed BHO extraction methods eliminate all traces of butane during the extraction process, as residual butane evaporates and is recovered in a closed-loop vacuum system, resulting in a full spectrum extraction with no residual solvents. Butane is simply the solvent used to extract the cannabinoids, terpenoids, and flavonoids from the marijuana plant; it is not actually contained in the final product as the name may suggest.

Butane is simply the solvent used to extract the cannabinoids, terpenoids, and flavonoids from the marijuana plant; it is not actually contained in the final product as the name may suggest.

The extraction of this full profile of cannabinoids, terpenoids, and flavonoids is called "full spectrum extraction," and it is what makes butane hash oil extraction preferable to other methods. While CO2 extraction merely extracts THC and CBD, BHO — or hydrocarbon extraction — provides a full representation of the cannabis plant, which not only adds to the flavor profile but assists in maintaining its natural therapeutic effects. This is called the "entourage effect," wherein all the components of the cannabis plant work more effectively when taken together, as opposed to when they are isolated individually.

BHO Exposes You to Carcinogens

"In a study of how the chemicals in concentrated cannabis break down under heat, Portland State University researchers Jiries Meehan-Atrash, Wentai Luo, and Robert M. Strongin discovered that concentrates exposed to the high heat common to dab setups produced elevated levels of carcinogenic and toxic compounds."

There is a lot wrong with this study, but most important to note is that the temperatures reached by the researchers to produce benzene are extremely high, higher than anyone would (or should) vaporize BHO. At reasonable dab rig temperatures, there is no release of benzene.

Once again we see improper tools and processes leading to guilt by association; the article makes no attempt to talk about compounds specific to BHO, instead choosing to cite a study based on a faulty process, misleading the public by conflating innocuous BHO extract with the harmful chemicals produced by a highly questionable extraction processes. The author then goes on to make the association to BHO by stating, "the principal product used in dabbing is butane hash oil (BHO)."

Studies like this sow confusion and misunderstanding about the real health benefits of BHO. This is unfortunate, because it may lead the general public away from BHO — with all of its full spectrum health benefits — and further down the path of CBD isolates, which may have no benefit whatsoever.

CBD isolate, the result of CO2 extraction, is currently the most popular product in the hemp industry. But recently, many studies are saying only full spectrum CBD products have real medical benefits. Cannabis contains over 100 active cannabinoids; isolating just one eliminates the entourage effect and weakens the medicinal qualities of the plant.

BHO itself is perfectly safe to consume, and hydrocarbon extraction is a safe process when the right precautions are taken. Again, much of the stigma around BHO safety is due to black market processors using cheap materials and open loop extraction methods, which leave residual butane in the air. This residual butane is flammable and subject to explosion when basic precautions are not taken. But this is the case for any extraction method, including CO2 and ethanol. What makes it unsafe is not the product, but recklessness. (Are you sensing a theme here?)

Closed loop extraction is the proper way to extract butane hash oil. A closed loop means the residual butane is captured and reused; any solvents exposed to the air are planned for and controlled with extensive safety systems.

The stigma surrounding BHO is unfortunate, and will just take time to change. As sophisticated hydrocarbon extraction equipment evolves, more producers and processors adopt more sophisticated techniques, and more people catch on to the medicinal benefits of full spectrum products, this issue will hopefully, like butane itself, evaporate into thin air.