Live resin is one of the most flavorful and aromatic types of cannabis concentrates out there. While not quite deemed a full-spectrum concentrate, which contains much of a strain’s original chemical profile, live resin does contain higher-than-average levels of terpenes compared to other concentrate forms such as shatter, crumble, wax, and oils.

Live resin is a type of cannabis concentrate traditionally made with light hydrocarbons such as propane and butane. Butane and propane can be blended as a solvent. Conventional concentrates are made using dried and cured cannabis flower buds and trim. Live resin, however, uses fresh cannabis that has been frozen right after harvest.

During a plant’s curing and drying process, terpene levels will reduce due to exposure to air and heat. Terpenes are volatile compounds that have a lower boiling point than cannabinoids, such as CBD and THC. Freezing freshly harvested cannabis allows cultivators to retain more of the terpene compounds responsible for the strain’s aroma and flavor. 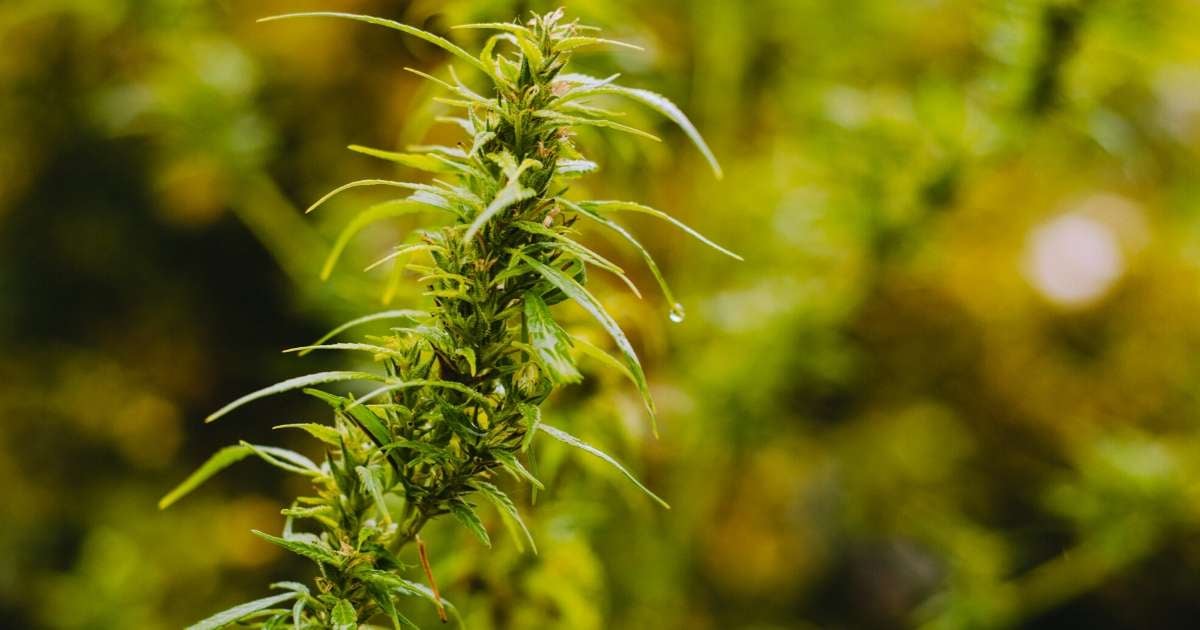 We’d be remiss to skip over the origins of live resin. Live resin was sparked by the extraction revolution in cannabis that continues to churn out innovative concentrate types. Live resin took hold in 2013 when marijuana cultivator William “Kind Bill” Fenger and EmoTek Labs founder, Jason “Giddy Up” Emo, teamed up to produce the world’s first live resin batch.

Kind Bill began growing cannabis in Florida in the late 1980s. He returned to his home state of Colorado in 2000 after legalization. In 2010, he opened up the first legal grow focused on concentrate production. Shortly after, he had an epiphany. What if we could consume oil from the freshly trimmed harvest instead of oil from dried buds.

Kind Bill’s first batch was made from Original Diesel, a rare Florida cut, which is also called Daywrecker Diesel #1 and Underdawg. While the final product was flavorful and pungent, the appearance was lackluster, the yield wasn’t good, and the extraction process was dangerous. New extraction techniques in later years would improve yields and the overall look of the product.

In September 2013, Giddy Up’s production facility in Colorado Springs consulted with Kind Bill to improve the quality of their extracts made from a recently installed closed-loop extraction unit. Kind Bill instantly knew this new technology could handle frozen cannabis extraction. He experimented with various strains and had trouble over-vacuuming and post-processing the resin.

The duo finally produced a successful batch of live resin using frozen plants of Tres Star and other strains. The team ran several more strains over 24 hours. The end product contained a richer aroma compared to other extracts. It was then and there that Kind Bill dubbed this new concentrate creation, live resin.

What Is the Difference Between Live Resin and Live Rosin?

It’s important to note the distinction between two popular concentrate forms that have similar names: live resin and live rosin. Unlike live resin, live rosin doesn’t use any solvents during its resin extraction process. Live rosin is made by squeezing out the resin from bubble hash made with frozen cannabis. Traditional rosin is made using dried cannabis, hash, or kief.

Bubble hash, also called ice wax, is made with freshly frozen cannabis. During the extraction process, producers use water and ice to agitate the trichomes off of the plant. The resinous trichomes are collected and allowed to dry and cure. Live rosin can contain insanely high amounts of cannabinoids and terpenes. The challenge with this method is that it simply does not scale to an industrial level. Live resin is a high-end niche market. Live rosin is a niche within a niche market.

How Do You Extract Live Resin?

After the cannabis resin has been extracted from the frozen cannabis material, the resulting amber-colored resin is vacuum-dried at low temperatures to remove the remaining butane, propane, and other impurities. A vacuum chamber allows manufacturers to use low temperatures to boil-off certain compounds from the live resin. 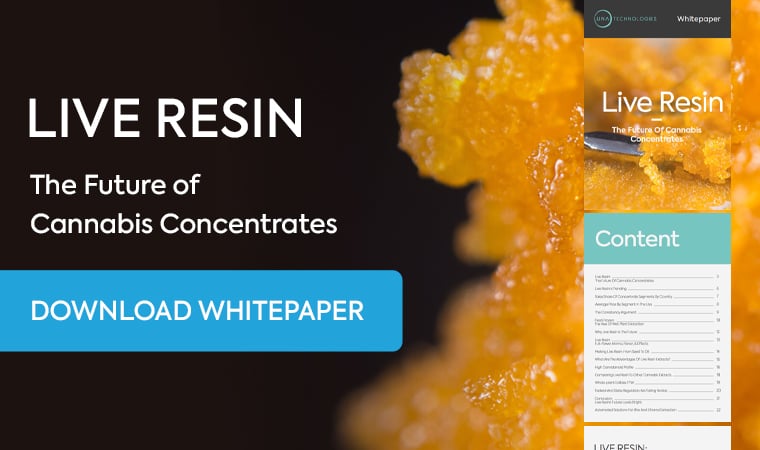 Is Live Resin Extraction Better Than Other Types of Extraction?

No one cannabis concentrate is better than another, but there are differing levels of quality based on growing and extraction practices. Generally, live resin is preferred by some users for its terpene-rich form. Live resin contains high amounts of lightweight monoterpenes such as myrcene and terpinolene.

Traditional drying and curing processes reduce the number of terpenes in the flower material. Certain extraction processes can also use high temperatures and pressures that can degrade terpenes. Live resin allows consumers to consume a strain’s essential cannabinoids and terpenes without introducing synthetic terpenes.

Some preliminary research shows terpenes have some therapeutic value. Researchers believe terpenes could work synergistically with cannabinoids to improve its medicinal response. Medical users may benefit from choosing live resin or full-spectrum concentrates with a strain’s original terpenes to get the whole-flower experience.

How to Consume Live Resin 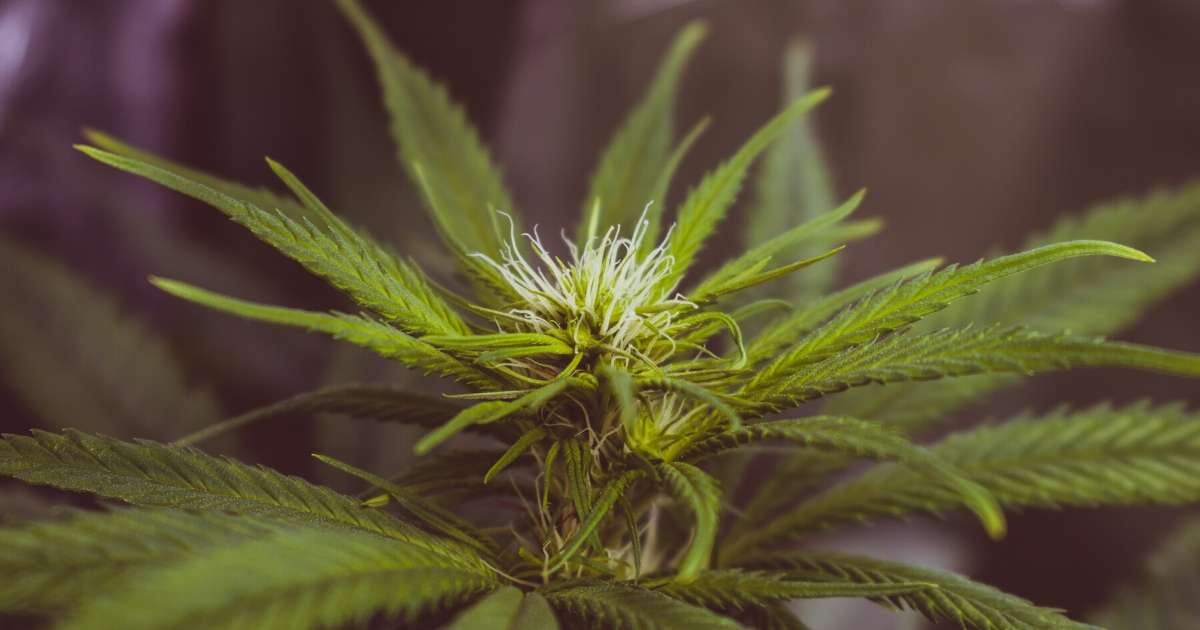 Concentrate consumers will see live resin in a variety of colors and forms. The strain type, growing conditions, and extraction techniques can affect the chemical composition and physical appearance of the live resin extract. Because of the high level of terpenes, live resin tends to be runnier than other concentrate types.

Live resin’s texture resembles that of sap, sugar, sauce, or budder. No matter what consistency or hue, live resin can be consumed with tools such as a dab rig or a vape pen. Live resin is consumed via “dabbing,” a consumption method that involves dropping a “dab” of concentrate into a hot glass nail for dab rigs or ceramic bowl in vape pens.

For live resin, consumers can use a spoon-shaped dabber to transfer the dab from its container into the nail or bowl. Any other dabber end (flat, paddle, point) makes it difficult to pick up the viscous consistency of live resin. Dabbers can preheat a nail using a torch or invest in an e-nail for consistent temperatures.

Live resin can also be added into a vape pen’s bowl for a convenient and portable way to dab at different temperatures. For even more convenience and portability, users can buy live resin cartridges. Live resin vape cartridges simply screw into a 510-threaded vape battery and users can puff away.

Cannabis connoisseurs in legal states are increasingly choosing live resin over other concentrate forms solely for its aromatic and flavor factor. Today’s live resin concentrates not only feature a standout bouquet of pungent notes, but also have high levels of cannabinoids that rival traditional concentrate’s potency. Live resin demand has shown no signs of slowing down. Live resin demand is alive and more than well.